Walking into The Cauldron’s office with an air of confidence in his stride, Malik Jones was quick to introduce himself. Jones, who is graduating this semester, is majoring in Cleveland State’s theater program.

From an early age, Jones was theatrical and very expressive. Finding a place in  drama club while in middle school, he immediately began performing in plays that the club put on. Fast forward to high school, he began showing a greater interest in performing in musicals.

“I remember my director, who was retiring, pulled me aside, and we had a sit down meeting [where she said] this is your calling, this is where you belong, you need to do this and I don’t tell many kids that,” Jones said. “I took her words, and it really sat with me, so I applied to a bunch of different schools, got in and just started doing theater.”

Since high school, Jones has performed in around eight or nine productions.

His favorite was a play called Uburoi, which he did in his sophomore year here at Cleveland State. Jones fondly remembers the show as something that was fun and quirky, with  the cast feeling like a true family and building the show from the script — it’s an experience he emphasized he will never forget.

While theater is a major part of his life, Jones has found another passion that he hopes to pursue after graduating — fashion.

Fashion is something that Jones has always been interested in. Styling clothes and finding out what looks go well together, it was a student who graduated from the program that inspired him to pursue it as a career.

“I’ve always been interested in fashion and finding different outfits. A girl that graduated from our theater department was telling me that [I’m] a great actor, but fashion is where I belong, and it’s something [that I have and I need to accept it],” Jones said. “I tried to fight it for a long time, but then I finally listened, and I [realized] maybe this is what I want to do, and the more I got into it, the more things started to happen and I was like alright, I like this.”

At first, he started off by doing small things like styling friends for parties and dates. Today, that has grown from a sideline project into a career path. He helps his friends pick out clothes, clean out their closets and acts as a personal shopper for them. With a laugh, Jones said that most of his best friends will now call him if they are out shopping because they want his opinion on what would look best.

In addition to helping his friends look like they’ve just stepped off a runway, he’s also started a fashion blog called The Armand Affect — where he posts all of the latest trends and models his looks of the day.

While he hasn’t been posting as much on his website due to his hectic schedule last semester when he performed in Cleveland State’s production, “Company,” he hopes to start posting more frequently this semester — especially because of his latest endeavor, starting up his own stylist company.

The company, that’s still in it’s beginning stages, will be an extension of what he’s been doing and he hopes it will lead to him becoming a stylist for a magazine and styling celebrities.

With his busy schedule, he’s excited about what’s to come in the future. While he’s not going to be using his theater degree once he graduates, he has found it helpful in allowing him to pursue the career he does want.

“It’s been helpful getting a degree in theater because I have helped produce a couple of fashion shows in the Cleveland area,” Jones said. “[Shows have been] able to bring me in because I have that theatrical aspect so I’m able to put together a whole theatrical fashion show. It’s a pretty good thing to have under my belt.” 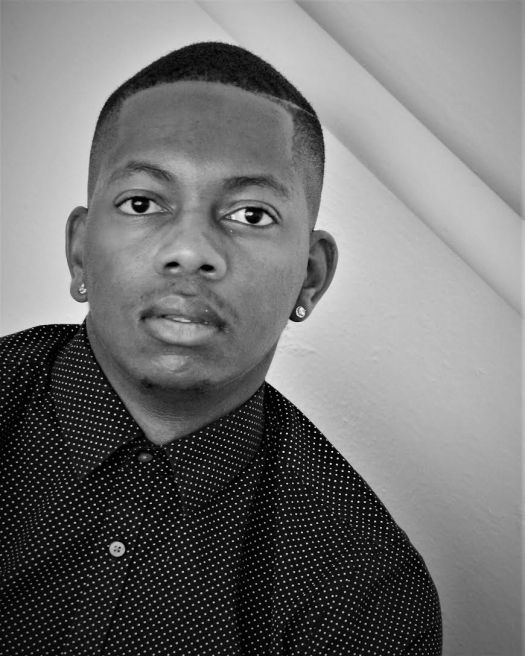 Letter from the Managing Editor

To start, let me say that I have been a newspaper enthusiast for years, from clipping articles of my high school track team’s countless undefeated seasons to reading about the Cleveland Indians with my grandpa at the kitchen table when I visit. When I first started writing online articles and listicles for The Odyssey Online, as many o you have seen on Facebook, I never thought it would allow me to move up to be the Editor in Chief and then the Managing Editor for this paper.

I really believe that no matter whether you pick up a newspaper from one of the racks on campus or scroll on your iPad or cell phone through the articles on our website, it is still the work of an editorial team for you: the members of the CSU community. It is an issue packed with beautiful and meaningful words and images, as is all our issues. But this issue makes me especially proud because since the start of our training as the editorial staff, I have gotten to know they wonderful humans and I cannot wait to see what they all accomplish this year for this newspaper.

As we finalize our plans to head to D.C. in slightly over a month for the National College Media Convention, I want you all to remember this above everything else: fight for us. Fight to keep this historical newspaper on campus. Fight for us by being continuous readers and supporters for us. There is something special about reading a physical copy of the newspaper, and this is an ongoing battle for us here at The Cauldron. After only two issues I have come to see how much this paper means to so many people on this campus, do not let funding be the end to 90 years of The Cauldron.

There was an error retrieving images from Instagram. An attempt will be remade in a few minutes.